oh how many hostas i have

They all seem to be doing really well but I totally didn’t do a good job of paying attention to how big or small they were going to get. I moved one last year as it was completely crowded and it has survived in its new home. However this year when one was planted a little too close to its neighbor, I decided to break it up and try planting each one as a separate plant next to my new mini oak leaf hydrangea. We’ll see how this goes. 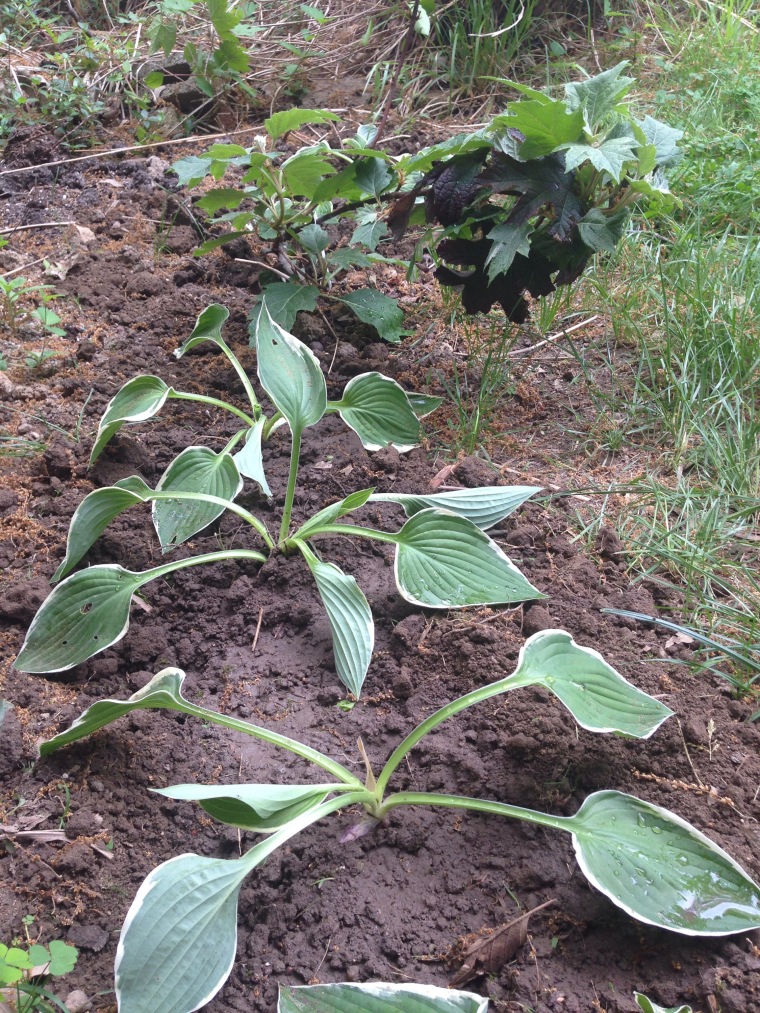 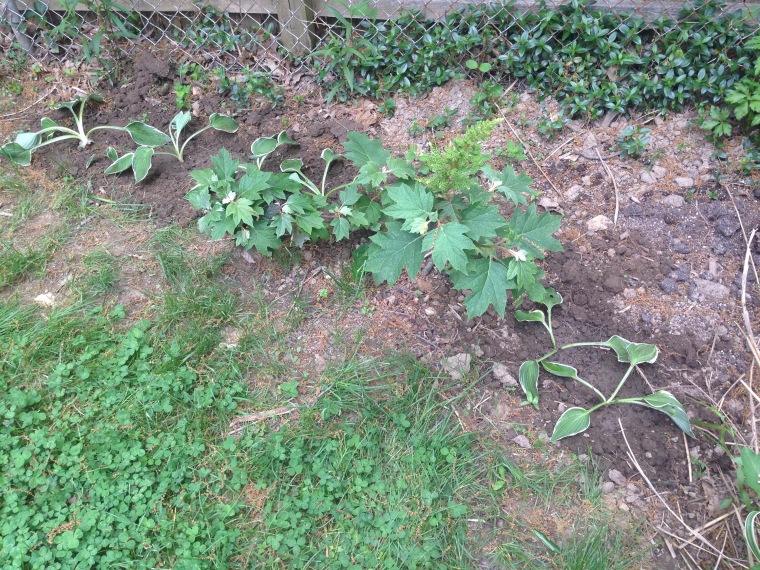 I also put one over near the one I moved last year, next to the Lenten Rose:

I forgot to take a before picture but here is where it used to live–just to the right of this one: 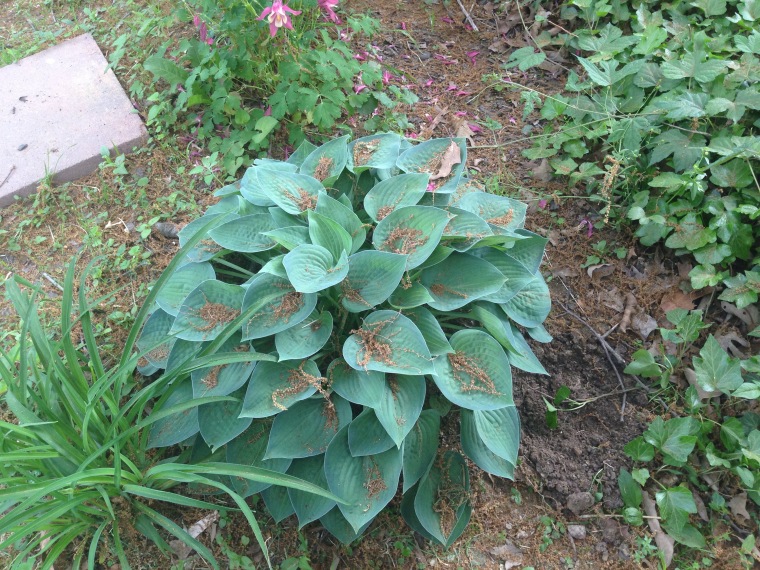 I also bought a few more hostas because they were on sale 3 for $12 and I’m a sucker. 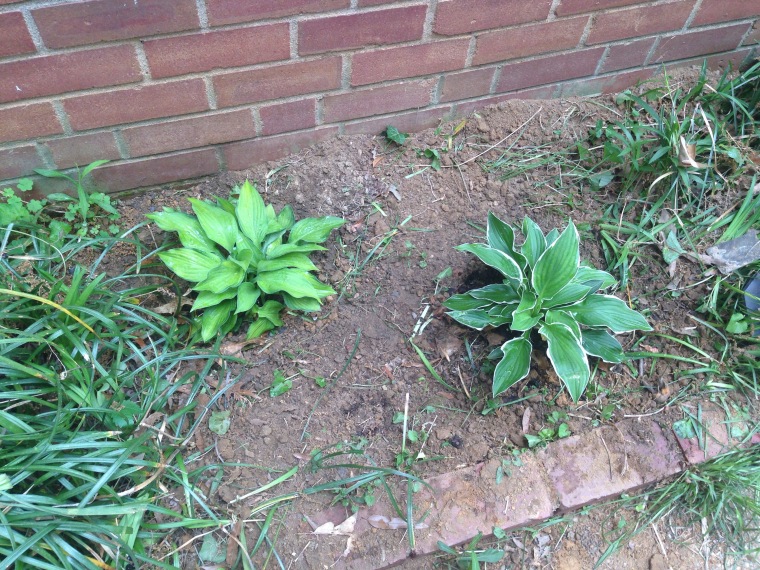 If these do well, I’m going to try to thin out the ones in the first photo and then rescue this poor baby from the ivy:

I'm a woman on a mission. A mission to make something other than weeds grow in my backyard. END_OF_DOCUMENT_TOKEN_TO_BE_REPLACED
This entry was posted on Sunday, May 10th, 2015 at 4:30 pm and posted in Uncategorized. You can follow any responses to this entry through the RSS 2.0 feed.
« what’s blooming
is that poison ivy »